Dr. Pagnotta is interested in a wide variety of stellar explosions, specifically those that occur on and in white dwarfs, the leftover cores of stars like our Sun, everything from classical novae to Type Ia supernovae. She uses a variety of observational tools to conduct her research across the entire electromagnetic spectrum, from the latest space X-ray telescopes to archival glass plates taken more than a century ago. Dr. Pagnotta is currently working on a survey program to determine how novae behave after their eruptions, and continues to remain interested in solving the Type Ia supernova progenitor problem.

Humans have long been interested in the history and fate of the universe in which we live. I will talk about how astronomers used a particular type of supernova explosion to discover that not only is the universe expanding, but that expansion is in fact accelerating, everything flying apart faster and faster as time goes on. I will also discuss the aspects of these supernova explosions that remain mysterious and the work we are doing to solve these mysteries.

Stan Honda, is a New York-based photographer and worked as a photojournalist for 34 years, most recently for Agence France-Presse (AFP), the French news agency. He covered a wide range of topics including news events, politics, economics, sports and human interest stories. Photographing the space shuttle program for five years was a highlight of his time at AFP since he has been following the space program since childhood.

Personal projects include documenting the U.S. concentration camps where Japanese Americans were incarcerated during World War II, his parents and relatives among those held. Photos of the sites and survivors can be seen in the Internment Camp section.

A continuing project involves night sky landscapes, combining his long time interest in astronomy and photography. He has worked as an artist-in-residence at four national parks: the Grand Canyon, Petrified Forest, Wupatki in Arizona and Rocky Mountain in Colorado, photographing the sky and the landscape with the aim of helping preserve our view of the night sky. Photography of Chaco Culture National Historical Park in New Mexico was used in a report that led to Chaco being designated an International Dark Sky Park.

He manages to photograph celestial events even from New York City. 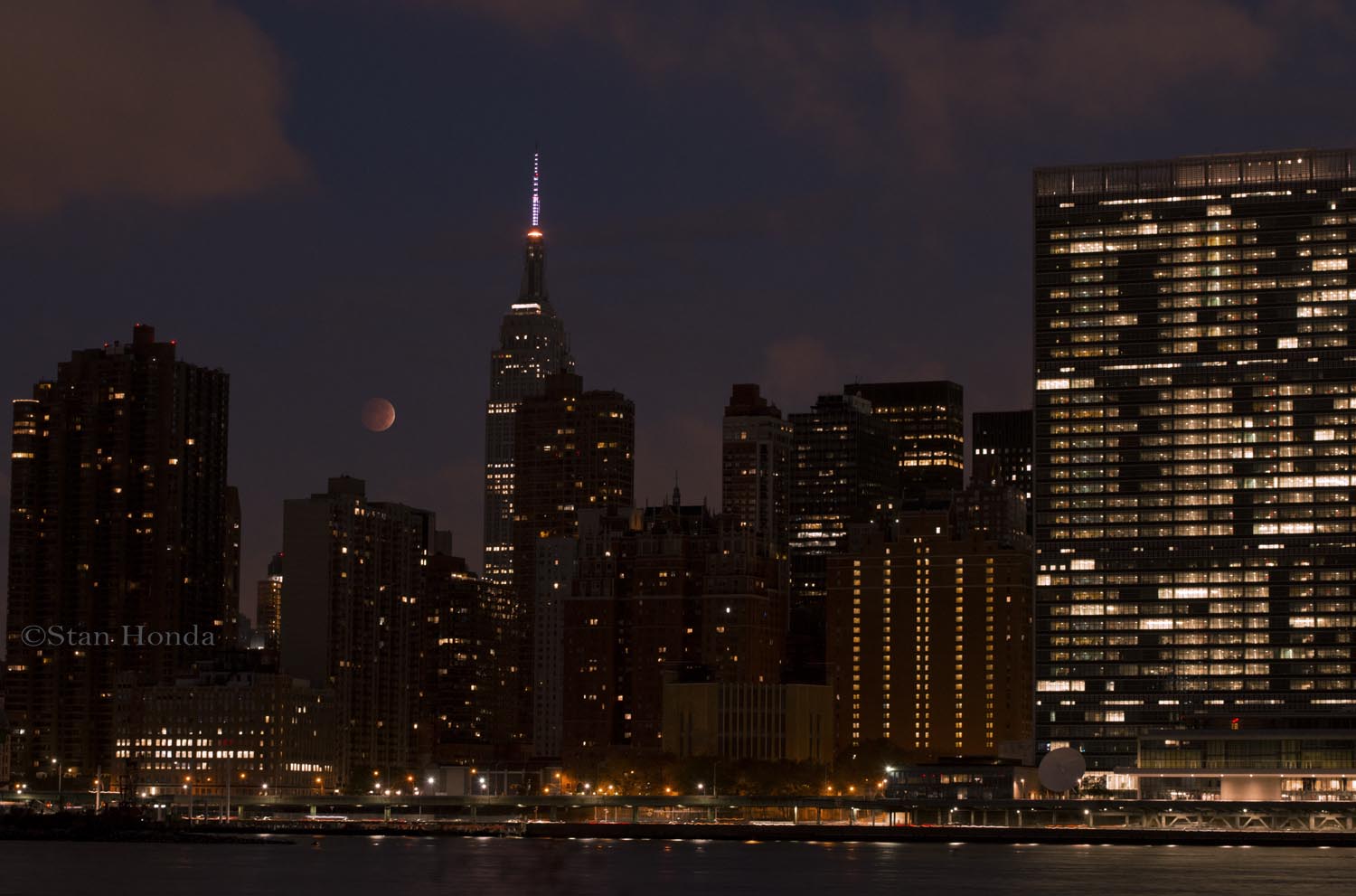 On Tuesday November 18th I’ll show some recent highlights from my photojournalism career including covering five years of space shuttle missions as well as the best of my astro-photos. As a boy I was very interested in astronomy and the space program so it was a thrill to photograph the shuttle. In the past few years I’ve been able to combine my interest in the stars and photography into what I call night sky landscapes. The photographs show the sky in relation to terrestrial features, which allow people to see the celestial objects on a human scale with the Earth. This sky and the Milky Way should be seen everywhere, though in much of the country it can’t be seen due to light pollution. Preservation of the night sky as a resource is one aim of the photographs. In the past few years I’ve been a National Park Service artist-in-residence at four national parks out west, and have been able to capture the beauty of truly dark skies.

Kevin Green, Adjunct Professor of Astronomy at Uconn-Stamford and a WAS board member will talk about his passion for getting the Westport Astronomical Society to do some REAL science by observing occultations.

An occultation is when one celestial body passes in front of another, hiding the more distant body from the observer. Occultations of stars by solar system asteroids, planets and planetoids are visible daily somewhere on planet Earth if you have the proper equipment and are in the right place at the right time. While it can be pretty cool to watch a star disappear and then reappear, occultation observations are rather useful scientifically. Kevin will discuss occultations, how they are used in different scientific pursuits, and how the Westport Astronomical Society can get involved locally in what is now a very global pursuit.

Dr. Stefan Nicolescu, Collections Manager of Mineralogy and Meteoritics at the Yale Peabody Museum will present data and images related to the astonishing meteoritics events of 2013.

Meteorite falls and finds are fascinating events because of their out of this world connection. However, it is not very often that the reverberations of such events are grabbing national and international headlines. 2013 was an exceptional year in this respect, with the Chelyabinsk (Russia) asteroid fall and the NWA 7325 meteorite find in Morocco being reported across the world. Closer to home, two Connecticut meteorite falls were also widely reported by regional media. All these events occurred in the short span of slightly more than three months and the Yale Peabody Museum of Natural History in New Haven, CT was directly implicated in three out of these four events.

Bob Meadows, intrepid Director of the Rolnick Observatory, returns from the 79th annual Stellafane Convention in Springfield VT with a full report on all of the incredible telescopes and latest amateur innovations.

Recent Cornell Grad George McDonald, WAS Member and first-year PhD student at the Georgia Institute of Technology returns to the Rolnick Observatory for this fascinating talk on unreleased information about Saturn’s enigmatic moon.

Saturn’s largest moon Titan is arguably the only body in the solar system with geologic processes that rival those of the Earth in their complexity. From deposition by liquid hydrocarbon seas to the piling of sediments into massive dunes, the ways in which Titan’s surface is modified are diverse. With the decade of observations made by NASA’s Cassini orbiter, we are making a transition from simple observation to an understanding of how these processes are operating. I will focus on the rivers and dunes, and what they tell us about the current state of Titan and its recent past.

I’ll present a short history of experimental particle physics leading up to the Large Hadron Collider at CERN, and the discovery of the Higgs Boson. I will discuss the implications of this discovery for science in general and for particle/astro-physics in particular. I will introduce searches for ‘Beyond The Standard Model’ particles, with implications for astrophysics and cosmology, specifically Supersymmetry and generic Dark Matter searches. I will finish with some mild speculation about what the future may hold for experimental particle physics and how the field may progress in the next 20 years.

WAS welcomes our friends Al Washburn and Greg Barker from the Astronomical Society of New Haven who will present the societies collection of stony, iron, and stony iron Meteorites. 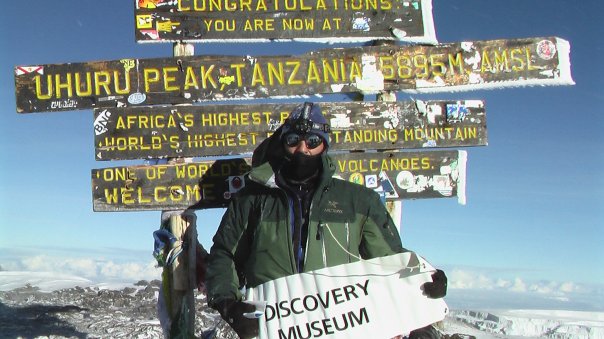 David Mestre: Manager of Space Science Education at the Discovery Museum and Planetarium returns to update us on Discovery’s upcoming CubeSat program.

Space programs can come in small packages. The Discovery Museum and its partners have embarked on their mission to launch a CubeSat into space. Along the way, we’ve launched actual hardware on suborbital flights from NASA Wallops Flight Facility in Virginia. David Mestre will be displaying the flight hardware from that launch and talk about how far along we are on our home-grown space program.

An amazing update on NuSTAR’s View of the Galactic Center

The inner parsecs of our Galaxy contain the highest concentration of high-energy sources in the Milky Way. Its supermassive black hole, pulsar wind nebulae, supernova remnants, X-ray binaries, and hot interstellar gas are all copious emitters of X-rays and gamma-rays.

The NuSTAR telescopes, launched into orbit in June 2012, provide a view of this X-ray emission with unprecedented angular resolution. I will discuss the first high-resolution images of the high-energy emission from the Galactic Center, where extreme gravitational and magnetic fields cause violent acceleration and radiation processes. These images have profound implications on topics as diverse as previously undetected black hole and neutron star populations and models of dark matter annihilation.